Sport Magazine is the UK’s leading sport magazine with 300,000 printed copies per week. And despite the downturn experienced in British print market these last years, this mag, as a free title distributed outside London Underground and railway stations on Friday mornings, has been able to keep its high numbers. Sport target a large amount of passionate people about a variety of sports and focuses on athletes’ stories, interviews and special features. The brand is growing digitally and socially as well. The redesigned site also offers long reads and homemade podcasts and videos while the iPad app version and the full print edition are downloadable each week. Both print and digital editions are partly distinguised for the quality of photographs produced by a network of freelancers and, even more especially, by a collection of iconic covers.


This week the mag celebrates its 10th birthday (the first issue came to light on September 29 in 2006). We contacted Tony Hodson, editor of Sport, to look back through these last years and ask him about the sports journalism they do, the situation of print in British media landscape and also about the most iconic covers they have produced so far.


- What is your balance of Sport Magazine looking back through these last 10 years?
- The magazine has always had one major aim – to promote, celebrate and cover everything that is great about sport. The cover interview with Thierry Henry in Issue 1 set the tone for the quality of sporting names we have been able to feature, and football would probably still make up around 40 per cent of our covers. But we have always taken great pride in featuring stars from a vast array of sports, and that has only expanded over the past 10 years – the cover star for the edition immediately after our 10th birthday issue is women’s mountain biking world champion Rachel Atherton.
Over time, we have also grown the magazine to include long reads on important issues within sport – in the past year or two, that has included features on depression, concussion on racism – as well as a lifestyle section. This has been important in attracting a wider set of advertisers, but has also worked well editorially – our readers are intelligent, affluent people who have interests beyond sport.

- How did the mag evolve in distribution numbers, members of staff and freelancers?
- When the mag launched in 2006, with a commercial plan to target hard-to-reach, high-earning male readers, the aim was to make it the biggest men’s magazine in the country. That meant printing 300,000 a week, to surpass the numbers that FHM were doing at the time – and we have continued to distribute around that figure ever since. The men’s print magazine market in the UK has experienced a sharp downturn since then, but as a free title we have been able to maintain our numbers.
The full-time editorial team is comprised of 10 people, half of whom are writers, and the majority of the team have worked on the magazine for at least half of its lifetime. Picture editor Julian Wait and production manager Tara Dixon started on the very same day in 2006 and have been here from the start. I joined as subeditor a month later, taking over from Simon Caney as editor in 2013.
We very rarely use freelance writers and try to produce all content in-house – however, there are times when we do, either when all our writers are busy on other jobs or a freelancer comes with a pitch we simply cannot say no to. The one area in which we do go outside the building is photography – art director John Mahood has an excellent network of freelance photographers, all of whom love working with us to produce the brilliant cover images for which we are partly known.

- What are the keys of success of Sport Magazine to become the UK's leading sport magazine?
- Very simply, that we are free. A number of general sport titles had been launched in the years before Sport, and all had failed – it became clear that a paid-for publication covering a wide range of sport simply didn’t have an audience. Football magazine, golf magazines, even fishing magazines, have a dedicated following who have a passion for that one particular sport or leisure pursuit.
There are, however, a huge number of people in the UK who are interested in or passionate about a lot of different sports – and giving them that variety of content in a free publication has been the bright idea behind the magazine’s success. This first became apparent when our former parent company launched the original version of Sport in Paris a couple of years before they launched us here in the UK – but has gone from strength to strength here in London.

- How important is still print for you?
- There is no question that the print market is under severe pressure here in the UK – the Independent newspaper closed this year, and a huge number of magazines have also gone to the wall. This is no surprise – the explosion of digital content has transformed the media landscape across the world, and people are increasingly reluctant to pay for print titles that are often now behind the times by the time they hit the shelves. Similarly, advertisers now have many more directions in which they can spend their money – they still understand the value of print in terms of reaching a targeted audience, but the amount of competition means they need a little more persuasion than they used to.
But print remains a hugely important part of the landscape – anyone doubting that should look at the huge influence titles such as The Sun and The Daily Mail, both of which supported the Leave vote, had on the result of the recent EU referendum. Sport may not be a title in the guise of those publications, but our content remains both relevant and intelligent in print – our challenge is to make sure we are growing the brand digitally and socially to sit alongside that.

- In Britain there are no sport dailies like somewhere else in Europe (Racing Post could be regarded as something rather different from Marca, La Gazzetta or L'Equipe). In what way this sports journalistic landscape leaves more field, more sport stories, to be searched and covered for weekly or monthly magazines?
- The daily newspapers here in the UK feature a huge amount of sport – previews, reports, news – and most are supplemented with very popular, professionally and skilfully managed online offerings. Magazines are never going to be able to compete with that, so we don’t even try – but the result is that we are freer to treat our interviewees and subjects in a more creative way. Our recent cover interview with Jose Mourinho is a good example of this – there was no point in me speaking at length to him about the new job at Manchester United and all the new signings, as this would be covered by the many press and news conferences he would be doing at the start of the season. Instead, we spoke about him growing up in Portugal, and his relationship with English football and its leading characters over the past 30 years. The result was a very different kind of feature, hopefully giving a varied and novel insight into one of sport’s most fascinating characters.

- Sport covers are iconic, they're different. And you always looked after the design and photograph so much. We could say there is a house style of covers. How important is a cover and a cover story in your mag and what's the production planning behind them - sort of stories, characters, photos you prefer to choose?
- Our readers don’t pay for the magazine, but making the decision to pick us up from a distributor or a stand still represents an investment of time and energy – our job is to make that investment look as appealing as possible. With that in mind, our front cover becomes our most important selling point – it is our window display to the world, and the better it looks the more likely people are to give us a go.
We are lucky in that we have developed extremely strong relationships with a number of brands over the last 10 years – they appreciate the way we portray and treat their biggest sporting ambassadors, so we continue to get brilliant access to them. When we are setting up a cover interview, we are always keen to include as much photography time in there as possible, giving John and whichever photographer is on the job the opportunity to conceive and then execute the shots we want.
We will always take a range of potential cover shots, too – this enables us to make the selections that most go with the tone of the interview. 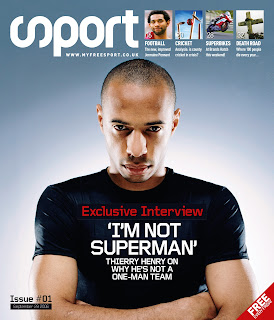 The very first issue, which always takes me back. At the time, there was probably no bigger name in British sport than Thierry Henry. It felt like the mag had started with a bang. 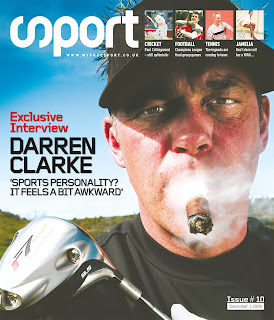 Back in 2006, Clarke – the Ryder Cup captain this year – was the hero of a Ryder Cup win, having played just weeks after the death of his wife. Our then French owners hated this cover – they didn't like the cigar. 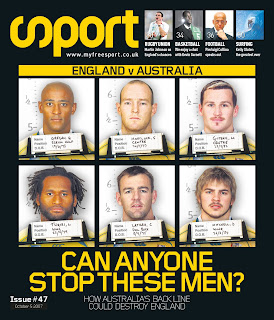 Former editor Simon Caney came up with this cheeky idea ahead of a Rugby World Cup quarter final against England – presenting the Wallabies' dangermen as wanted criminals. England won the game, pleasingly. 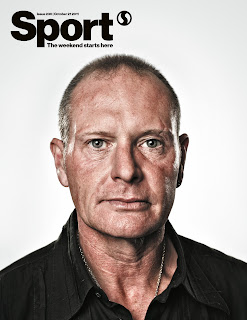 A raw, intimate portrait of one the nation's favourite but most fragile sporting heroes. It needed no coverlines, so we left the image to speak for itself – and it won the inaugural PPA Cover of the Year award here in the UK. 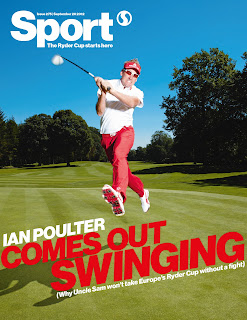 A really fun cover ahead of the 2012 Ryder Cup – and it turned out to be prescient, as Poulter became the European figurehead for one of sport's most amazing comebacks. 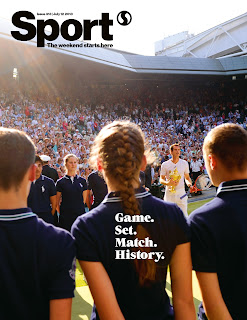 Murray winning Wimbledon is perhaps the single biggest British sporting moment of the magazine's lifetime. This cover shot felt perfect, and the lines wrote themselves. 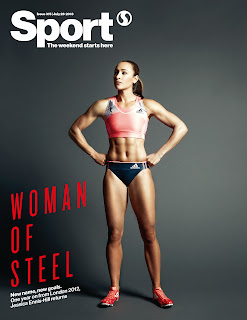 Female cover stars have become more regular over the years, in line with the growth of women's sport. Ennis-Hill, to many the female British sporting icon of the era, has graced more than any other sportswoman. 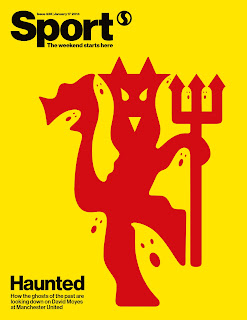 We have worked with renowned illustrator Noma Bar on a series of covers relating to our biggest football clubs. This one came at a time of crisis for Manchester United – simple yet clever, and superbly executed. 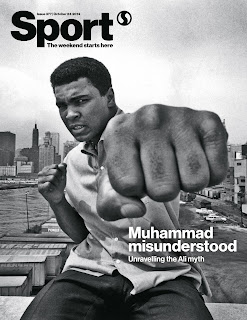 October 2014, and it being 40 years since the Rumble in the Jungle led us to run this brilliantly penned cover feature by deputy editor Alex Reid. The cover was run on special glossy paper, which accentuated the strength of the image and the man. Ali lived on for 18 months after this. 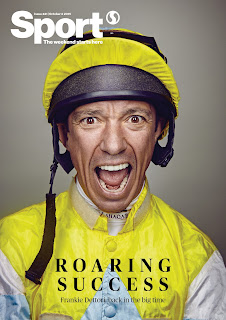 As a huge horse racing fan, it was nice to give the sport its first cover with its most marketable star. Dettori was in great form on the day, and gave us a really fun but striking cover image. 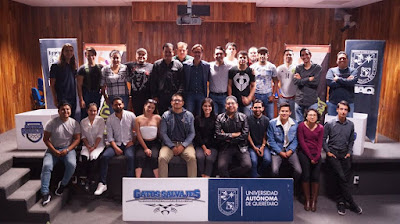 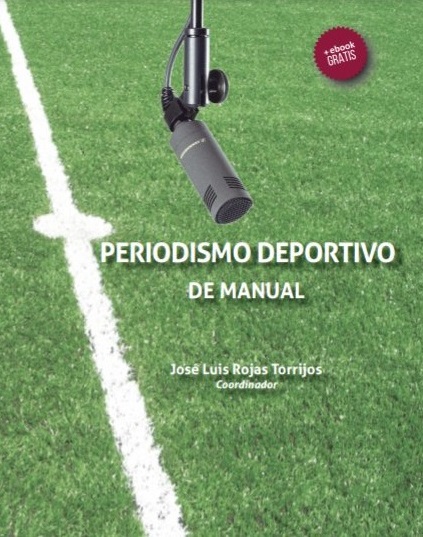 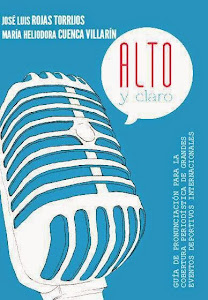 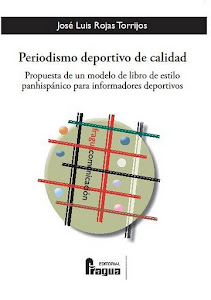 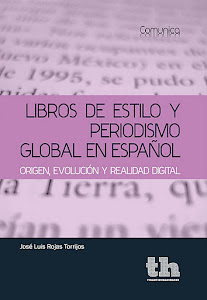